CHRS, Inc., along with their subcontractor Rondout Woodworking, were awarded a contract to assess the stored elements in November 2007. The analysis and a report documenting the assessment were completed in December 2007-January 2008.

The public meetings are the last stage of the assessment project as the New Hampshire Division of Historic Resources seeks public input into the future of the Old State House. 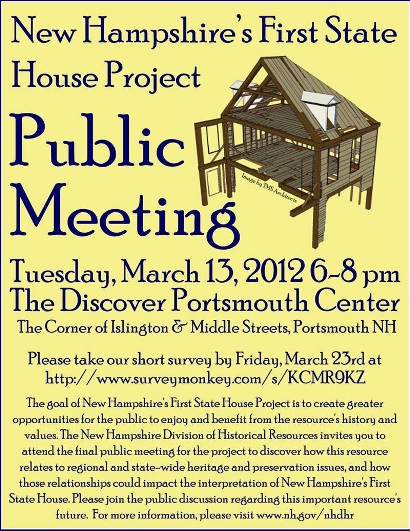